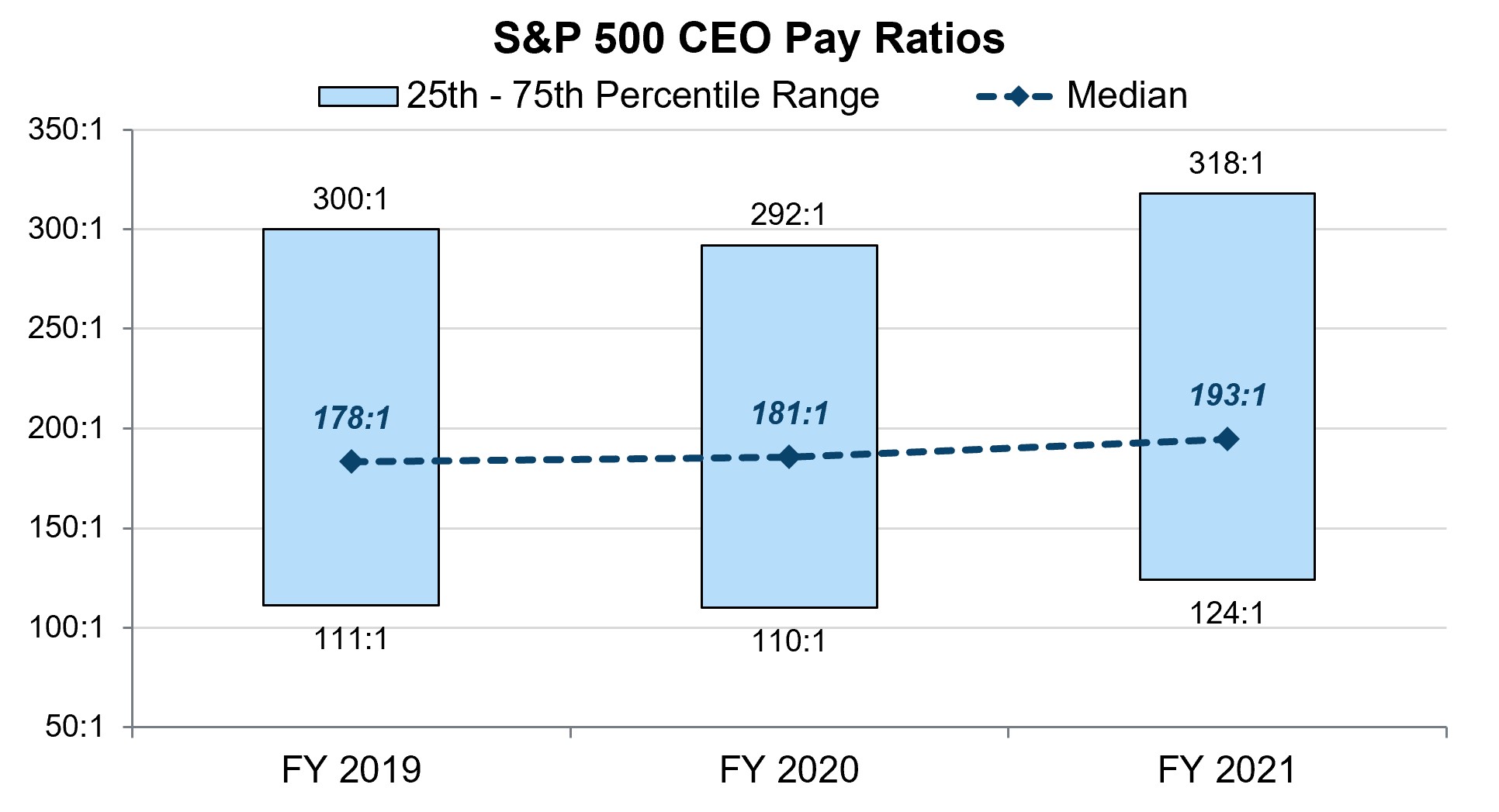 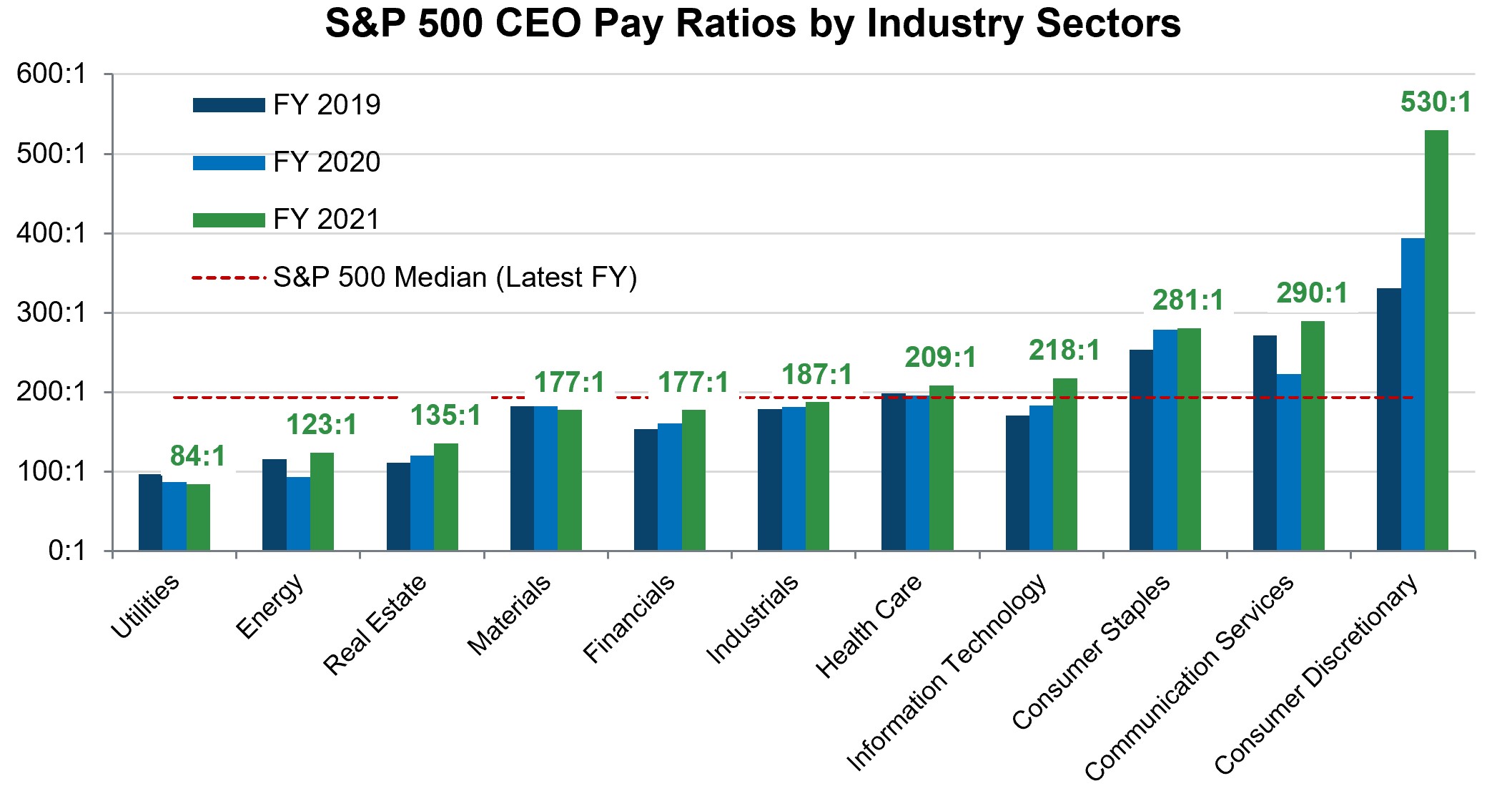 Although the SEC intended for CEO pay ratio disclosure to provide public shareholders with another tool to evaluate CEO compensation relative to the median employee, in practice, the rules for calculating these ratios make it difficult to compare ratios across different industry sectors. Pay ratios reported by a company can experience significant variation year-over-year primarily driven by non-recurring compensation elements (i.e., one-time equity awards intended to cover multiple years of long-term incentives or sign-on payments). For example, in fiscal 2021, Amazon’s CEO received a large, front-loaded equity award with a grant-date fair value of $211 million that will vest over 10 years, with most of the shares vesting in years five through ten. If the front-loaded award were annualized over the 10-year vesting period, Amazon’s CEO pay ratio would be 554:1 rather than 6,474:1. Further, SEC rules allow each company to adopt a variety of methodologies to calculate their median employee pay (e.g., apply certain exclusions, make estimates and assumptions that are appropriate to each company’s practices, etc.), and thus, comparing pay ratios to other companies is rarely an apples-to-apples comparison.

Tyler Janney’s consulting engagements focus on all aspects of executive and board compensation and he engages with clients, both public and private, in numerous industries and throughout various stages of the business cycle. Tyler specializes in executive compensation trends, annual and long-term incentive program design, peer group development, and the relationship between executive pay and company performance. In 2020, Tyler has supported the firm’s internal COVID-19 compensation adjustment updates.

James Lutz works with a variety of clients, with prior in-house compensation experience in the financial services industry. He provides a range of consulting services, including director compensation analysis, benchmarking and annual and long-term incentive program design.